First Date Protocol: How Much is Too Much? 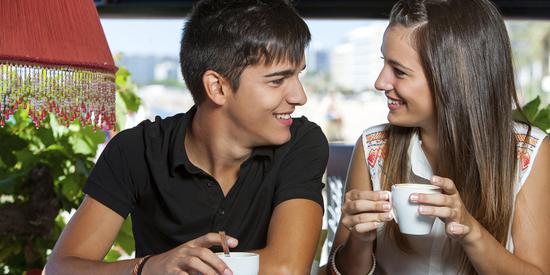 Do not expect too much on a first date

It’s totally natural to want to get far with your girl right away; clearly you like her, she’s cute, and you want her to be all yours but don’t be too hasty. Moving too fast with your girlfriend can scare her away before you even really have a chance to hit it off, so be careful. Even if you really want to start things right after the first date, if she’s giving you signals that she isn’t ready for that, don’t go too far. Stick to some simple signs of affection to show her you’re into her but aren’t expecting her to put out.

Groping on the First Date

If you’re itching to feel her up, control yourself. She doesn’t want you groping her on the first date. It’s presumptuous and makes you look sleazy beyond all reason. Chances are you won’t get called for that second date if you start pulling it right away. If you have to touch her, hold her hand or put your arm around her. It’s at least a bit of contact, so hopefully it’s enough to hold you over, and she’ll think it’s adorable if you just can’t stop holding her hand and lightly touching her. If you want to get off, just wait until you’re at home instead of jeopardizing your new relationship right off the bat. It’s better to feel a little neglected than to be kicked to the curb after one date.

Make sure to keep the inappropriate jokes to a minimum. It seems immature if you deviate to those right away, and she wants to date a man, not a teenager. Keep that in mind before that innuendo slips past your lips; if you want to grate on her nerves, go ahead. Unless it makes sense, sex jokes are a no go. It just seems like a cheap cop-out for a guy who doesn’t have a witty sense of humor, and she’ll assume that you aren’t too intelligent. These kinds of jokes also lead her to believe that you objectify women due to the way you think about them based on the sex jokes you keep spewing at her. Come up with something cleverer instead! She’s sure to laugh way more if you joke around about strange things you see while you’re out, or even do a few charades for her amusement. Sex jokes are fine for your friends, but they’re a huge turn off for women.

Instead of being over-eager on the first date, it’s best to wait until further dates to get where you want with her. If you’re polite and courteous, she’ll warm up to you in no time and will happily give you whatever you desire. Women love a guy who’s sensitive to her needs and actually listens to her talk (even if you do zone out sometime), so you’ll earn some serious points if you just put forth the effort to pay attention to her. By avoiding being too forward, you’re pretty much guaranteed another date.